The Society for Working Life is a Centre for knowledge registered under the Society’s Act 1860. SWL’s prime focus is promoting education and skills to the girl child and women and also the youth from the underprivileged sections of society.

“We want to give openness, the possibility of a dream, a better world for these children, despite the circumstances in which they have been growing up”
– Sunita Kaistha 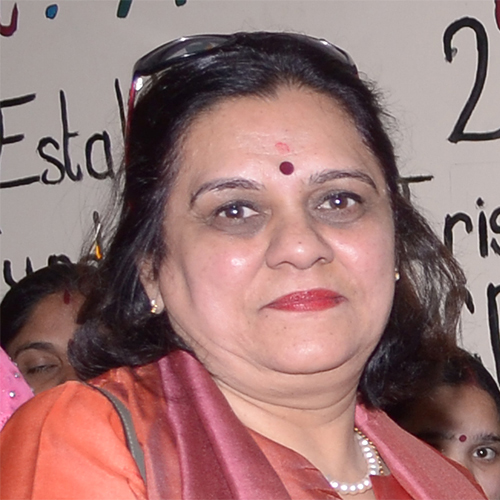 It is a non-profit organization based in Delhi, India, which aims to empower women. Our work focuses on the gendered aspects in the world of work and its implications on health. Increasing gender equality in leadership roles is the goal that drives our mission forward.

“We are looking at Tech solutions for Skill Training given the current scenario – women must be given all the tools to script their own lives.”
– Amita Sahaya 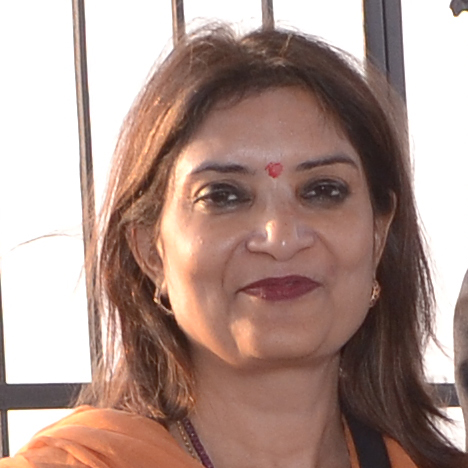 STORY BEHIND SOCIETY FOR WORKING LIFE (SWL)
Who We Are:

The Society for Working Life is a Centre for knowledge registered under the Society’s Act 1860. SWL’s prime focus is promoting education and skills to the girl child and women and also the youth from the underprivileged sections of society. It engages in multifarious activities to in order to promote its concerns, which includes awareness and training in related issues like environment and occupational safety and health.

The initiative was first taken in 1996 when a  group of like-minded women met in Barcelona, Spain for a Congress to discuss the issues of Women Work & Health. The forum is a platform for persons committed to the issues under consideration who represent diverse view points and have background from academics, government agencies, labour unions, public and private sector, media and civil society.

Since 1996 SWL has participated in a series of Congresses held internationally, and had also organized the International Congress 2005 Delhi, which saw 600 participants from 60 countries.

Since 2006, with its sister organization Women Work & Health Initiative, SWL has made interventions in every sphere that works towards the upliftment of the girl child, youth from underprivileged sections and the empowerment of women.

The Society For Working aims at providing the tools and opportunities to strive for a better working life. One of the pre requisites for achieving this is Education and Skills. The girl child who can be empowered and her future secured via the right tools, is therefore given education and the right nutrition to ensure its possibilities.

Women’s decent working life is a tool to their empowerment; hence SWL provides vocational training and the requisite skills towards this end.

Our focus is to empower the underprivileged sections of society by providing them the tools to work towards their life goals and well being. Striving for a better working life is our vision, achieved by combining education  and skills.

Women Work & Health Initiative (WWHI)
Who We Are:

It is a non-profit organization based in Delhi, India, which aims to empower women. Our work focuses on the gendered aspects in the world of work and its implications on health. Increasing gender equality in leadership roles is the goal that drives our mission forward. WWHI’s unique approach integrates research and practice to achieve its objectives

Given the mandate by the International Scientific Committee to create a network of women work and health in Asia, during the course of the IV International Congress 2005, Women Work and Health initiative was officially established in April 2006 with Amita Sahaya and Sunita Kaistha as its founders.

WWHI has been involved in a variety of projects furthering the cause of gender equality and women’s empowerment in India. Furthermore, WWHI adopts a multi-disciplinary approach- based on qualitative and quantitative research -in order to address the different issues that have direct bearing on women’s life and well-being; this has resulted in a variety of research studies and publications.

It has held several national and international conferences and done projects at the grassroots intervening amongst underprivileged women with the support of different partners in countries such as: Ireland, Germany, Sweden, Finland, Netherlands, USA; Trusts in India; Government agencies & ministries and individuals. This has enabled us to carry forward our mission of creating the conditions for gender equality.

Creating a more gender-just society by empowering women and coopting men to make this possible.

In 2002,  a conversation began with the Sisters of Jesus and Mary College With Dr. Sunita Kaistha  discussed the prospect of beginning an exchange program with her former principal Sr. Agatha who had retired to Ireland and the chaplain, Father Tony Coote. Of University College Dublin (UCD) Fr Tony had a vision for UCD students to graduate with an understanding of the challenges facing humanity worldwide, and to provide them with opportunities to volunteer for the benefit of disadvantaged communities overseas. And so, a connection was made. In Sunita’s words, she explains: “Both of us came together – neither of us had done this kind of work before” – and we said, “let’s learn together.”

In 2003, a group of 20 UCD students came to Delhi from Ireland. Together they worked alongside a supervisor – an Indian woman with experience in social work – and 5 translators, the translators were college students.

SWL arranged to facilitate the volunteers within NGOs across the city. When it was time to return to Ireland the volunteers were so happy with the work they had completed that they declared, “we’re coming back!”

The next year when a group of Irish volunteers came and began work in Delhi, the Development Head of Ireland commented on their “fantastic service” and enquired “what would you like?” SWL responded with the request of “a small building where we could run a school” and the embassy provided money for a centre in Kalkaji. This centre was bought with the idea that volunteers could work there with neighbouring children. Thus, a literacy centre was initiated, and from 2005 onwards volunteers came and taught, marking the beginning of the official charity UCD Volunteers Overseas (UCDVO).

By 2006 the SWL Centre in Kalkaji was running successfully, and in partnership with UCDVO, volunteers were working in various areas on issues of gender, education and health. In the course of this work money was saved  and the idea of opening another center was born. And so a story started…

It was one of the teachers from the SWL Kalkaji Centre (Jassi) who had been with the organisation since its inception, who suggested Sangam Vihar as a potential site for a centre. Sangam Vihar is an area with its own unique history. An unauthorised colony, it is inhabited by many migrants and people who are economically challenged. At the time there were not many schools or support services there, so the need for a place that would address the needs of the people was identified.

In 2012, the Embassy of Germany, New Delhi, funded the computer centre on the third floor and the terrace which became the playground for the children.

A second toilet for the women was added too.

“The contractor was there but the volunteers really built it! They went and got the materials, painted, made a toilet on the ground floor. They did everything.”

Amita notes a more subtle but significant detail – that the building has a lot of open space:

“Given the challenges of the area, where children are cramped in small, crowded spaces – we wanted them to know what open spaces mean. Hence our architectural plan was to give them spaces without clutter, with an invitation for their potential to flower”

And indeed, what has been created is a very open and welcoming environment. The initial vision was for the building to be a general centre for the community. A non-formal literacy centre was visualized.

In the initial years, although the CEDC had just two floors, the organisers felt that:

“What we were doing was a kind of a development of the larger personality of the child. Number 1, we want to make them feel wanted. Number 2, this is a place that is different from school where they are freely able to express their thoughts, through plays, songs and dance. A multi-faceted development – that  as been our aim.”

Following positive engagement with the children, the next step was to involve the women of Sangam Vihar. Amita notes many of the women did not drive or cycle:

“In that way, they were bound by the physical space.”

“This is a place where they are freely able to express their thoughts through plays, songs and dance. A multi-faceted development – that has been our aim.”

In 2011 they attained funding from the Irish Aid Development Co-operation for a Women’s Group which would help with skills development and empowerment for these women. Then in collaboration with UCDVO programmes to provide literacy and livelihood skills encompassing health, nutrition, reproductive health were devised.